Have A Browse Around

The True Story You're About to See...

Our Style is Legendary. A true story. An exciting new play that after great success in the West End is coming home to the Nottingham Playhouse for a very limited run from the 1st-5th May 2012. This will be the last chance to see this moving and powerful story written by Daniel Hoffmann-Gill, whose writing credits include 4 Stars and pick of the week for The Home, "A striking play... see this show" (The Scotsman) and regular collaborations with Mark Whiteley for Hard Graft Theatre Company, including Poles Apart and The Big Adventure: "Touching and moving, as well as being very funny” (Nottingham Evening Post).

Starring Nottingham's own James Hooton (Sam Dingle, Emmerdale), Kent Riley (Zak Ramsey, Hollyoakes) and a whole bunch of other fantastic actors who know the difference between Sneinton and Bakersfield. So get ya’ sen down there, ya' get meh duck?

Our Style is Legendary is a dark comedy about growing up in 1980's Nottingham and finding a friend you'd die for but you just end up killing each other slowly. A story about a coming-of-age friendship that is hewn from the reality of the estate, the waste grounds, the car parks, the boarded up shops and empty community centres: sparse but passionate, funny but cruel. A story of boys becoming young men and struggling to escape the background they’re born into: railing against the poverty and the emptiness around them and turning to each other.

WARNING: contains glue sniffing, BMX, having a right laugh, Old Spice, Robocop, Carltonian spazmos, your mum, some of the best hip-hop ever put to wax and Goose Fair.

What the critics say about the show:

"Nimbly directed by Laura Farnworth, it's crisply evocative of a time and place" Time Out

"Hoffmann’s sharp and intelligent scripting cuts an enjoyable black humour. It’s well balanced in its swings between laughter and the sudden entrance of seriousness and tragedy. There’s a self-awareness that gives the story an integrity it might otherwise lack...The result is that the heart of the play opens up as a fragile, vulnerable and innocent coming of age, suggesting what this time of life has to offer and why we are drawn to it. 4 STARS" Whatsonstage 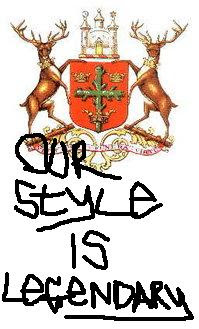 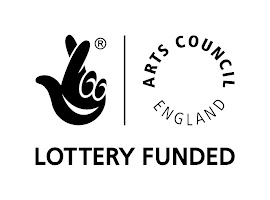 Our Style is Legendary
Our Style is Legendary. A true story. An exciting new play written by Daniel Hoffmann-Gill. Appearing at the Nottingham Playhouse from the 1st May to the 5th May 2012. A dark comedy about growing up in 1980's Nottingham and finding a friend you'd die for but you just end up killing each other slowly. Contains glue sniffing, having a right laugh, Lynx deodorant, Graham the welder, Carltonian spazmos, some of the best hip-hop ever put to wax, house parties and Goose Fair. Starring Nottingham's own James Hooton (Sam Dingle, Emmerdale), Kent Riley (Zac Ramsey, Hollyoakes) and a whole bunch of other actors who know the difference between Sneinton and Bakersfield. Ya' get meh duck?

Links to Other Folk